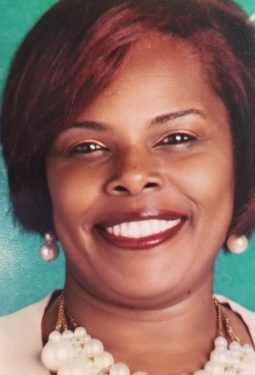 “My role as a principal is accepting the individuality of my scholars and staff, pursuing potential at every turn, while continually striving to move the school forward in the face of constant change.”

Crystal has served as the principal of Universal Bluford Charter School since 2013. Under her leadership, Bluford has met or exceeded the state growth standard in English Language Arts (ELA) and Math since 2016.  Additionally, Universal Bluford Charter School was awarded a Keystone Award for Academic Excellence in 2016 and was recognized as a School District of Philadelphia Peer Leader school in 2017.

Crystal has been an educator since 1996.  Prior to becoming a principal, Crystal served as a teacher, school-based teacher leader and assistant principal. Crystal was recognized for her dedication to children, schools and communities with the Enos Andrews Award in 2009. And in 2017, Crystal was given the School District of Philadelphia’s Superintendent Award for Exemplary Leadership.  She has also been given the Universal Family of Schools School Improvement Award in recognition of her exemplary leadership.  Crystal grew up in Philadelphia, PA and attended Olney High School.