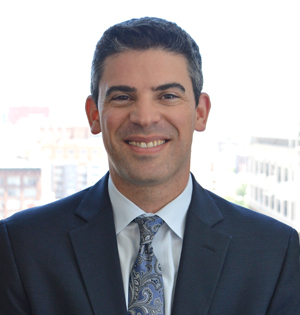 Scott Gaiber brings more than 17 years of experience as an educator to the role of Deputy Executive Director of the Philadelphia Academy of School Leaders.

Prior to joining School Leaders, Scott was the Director of Recruitment and Human Capital Support for the San Francisco Unified School District, overseeing the district’s teacher recruitment and onboarding efforts. During his 5-year tenure, the district averaged 99.9% of classrooms being filled on the first day of school, including opening the 2015-16 School Year with every classroom in the district staffed. Prior to that role, Scott served as the Director of Recruitment and Strategic Partnerships in the Bay Area for New Leaders where he led the region’s recruitment, selection, and placement efforts for its Aspiring Principals Program.

Scott began his career in education as a fourth grade teacher in 2002 in San Jose, California and then went on to become the Founding 4/5 Grade Lead Teacher at Berkley Maynard Academy—an Aspire Public School in Oakland, California—in 2005.

An alumnus of Teach For America (2002), the Education Pioneers Graduate School Fellowship (2008), and the Urban School Human Capital Academy’s Emerging Human Capital Leaders Fellowship (2015), Scott is a graduate of the University of California at Berkeley’s undergraduate and master’s degree in Public Policy Analysis programs and earned his teaching certification through San Jose State University.