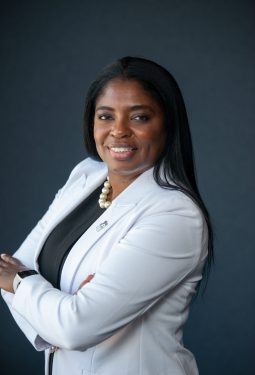 “I serve as a Principal to support the efforts that ALL children regardless, of race, gender or socioeconomic status, have access to a high quality education, where they are safe and nurtured daily while being treated with dignity, love and respect.”

Kahlila has been an educator since 1993. Prior to becoming the principal of Overbrook High School, Kahlila was the founding principal at Philadelphia Learning Academy-North in 2009. She has also served as principal at William L. Sayre High School from 2010-2012. Under her leadership, PSSA scores increased in literacy and Sayre was removed from the state’s most dangerous list. She has led in traditional public schools, charter and virtual charter. Prior to becoming a principal, Kahlila served as a physics teacher, 9th grade Success Academy team leader, district-wide academic coach, assistant principal, and deputy chief of high schools. Kahlila serves on the National Coalition of 100 Black Women. Prior to becoming an educator, Kahlila worked for the United States Department of education as a researcher. Kahlila is a Queens, NY native, but her heart is in Philadelphia, PA where she was educated in public schools 5th-12th grade. She is the mother of two children, Taylor and Kirby, who are both educators in the city of Philadelphia.