Philly principals get an education on keeping LGBT kids safe 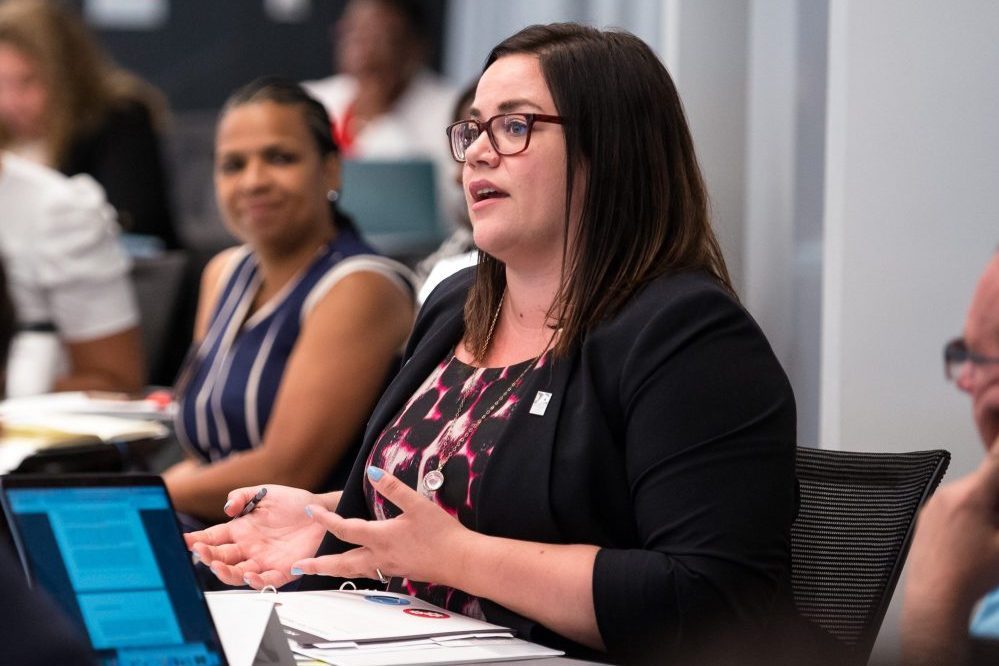 Neubauer Fellows and Veteran Principals, Lauren Overton and Michael Farrell, led a discussion during the first week of the Philadelphia School District’s bootcamp for new principals. On Tuesday, they talked about creating safe environments for LGBT students.

All staff members are required to have training on the policy. But in reality, the application can be uneven, said Overton, who remembers some colleagues uncomfortable with the policy saying things like “boys are boys and girls are girls” aloud when it was first explained three summers ago.

The Tuesday session was aimed at translating a piece of paper into practice, said Farrell and Overton, both principals of high-performing elementary schools with a population of transgender and gay students as young as second graders.

Read more about their conversation here.