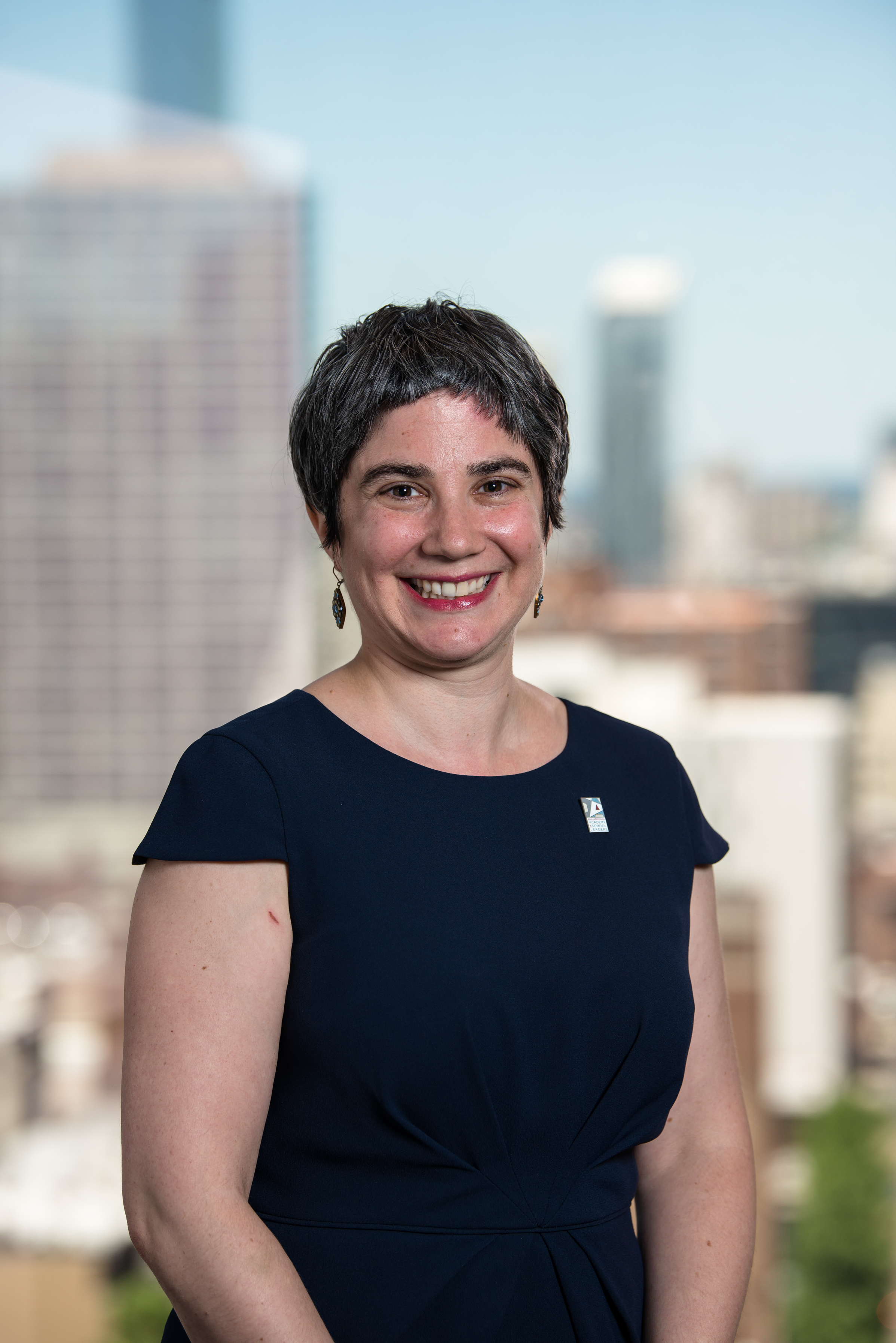 “Middle school is about connections – between subjects; between the past and the future; and most importantly, between human beings. My hope is to facilitate strong connections, so our students can lead happy, fulfilling lives.”

Rebecca has served as the Principal of Wissahickon Charter School – Fernhill campus since 2012. WCS’s curriculum and school culture emphasizes the environment, service learning, peace and conflict resolution, and family involvement. Under Rebecca’s leadership, WCS-Fernhill campus achieved dramatic increases in students earning proficient or advanced on the language arts section of the PSSAs, and almost no students earned a score below basic. Furthermore, nearly half of 8th graders earned proficient or advanced on the PSSA’s science section. In 2014, Rebecca supported the opening of WCS’s Awbury Campus.

Rebecca has been an educator since 1998. Prior to becoming Middle School Director, Rebecca served as a teacher in middle school and high school English, social studies, and humanities; instructional coach; education program manager; and education consultant. During her last year teaching high school students at Mastery Charter School, students chose Rebecca as the teacher honored by the graduating class. Rebecca grew up in North Haven, Connecticut.