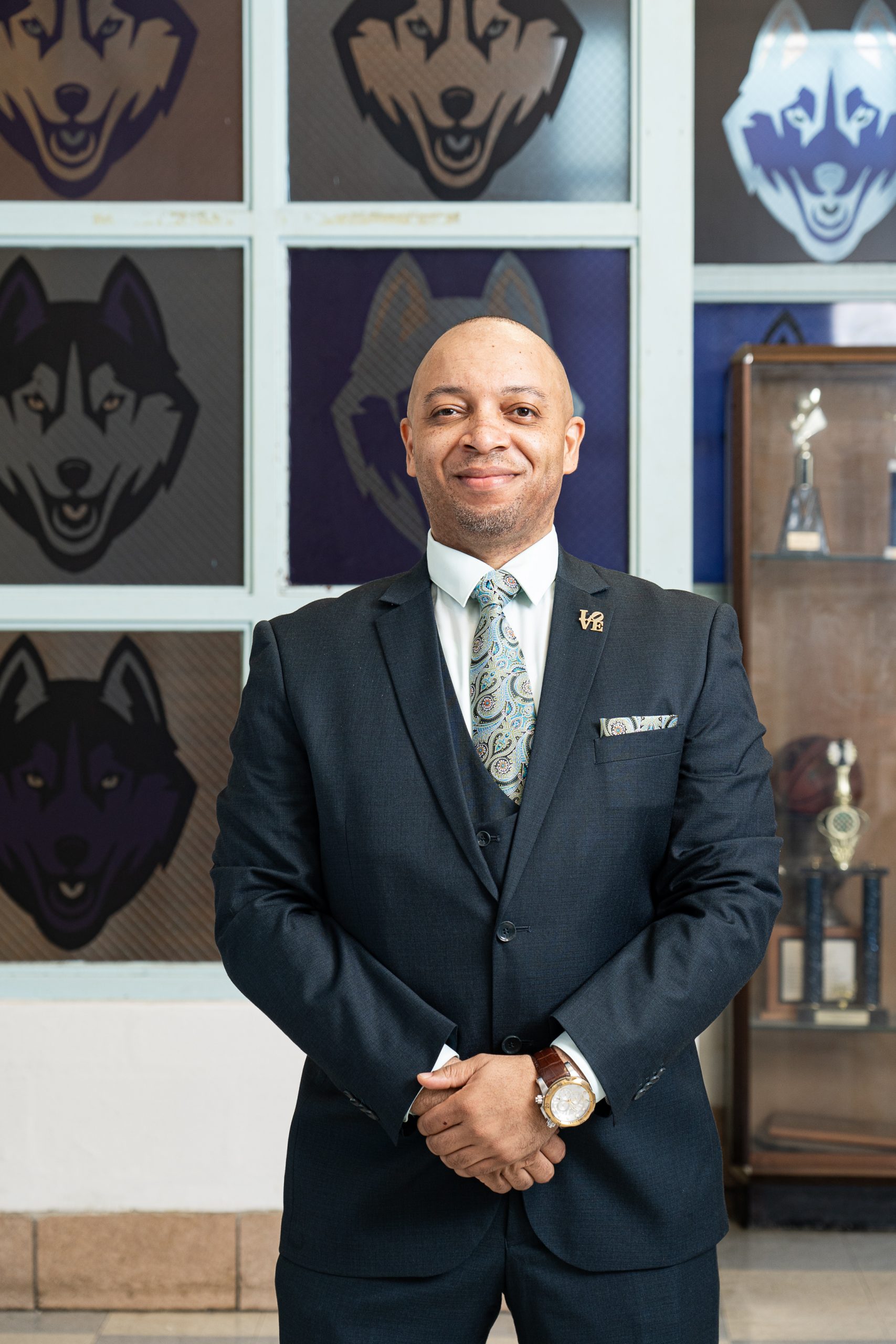 “To lead is to serve. To serve is to try and lighten the burdens of our children and our families, uplifting their spirits, and inspiring them towards greatness. We must keep our students from falling through the cracks of intolerant bureaucracies that cause apathy, inequity, deep generational poverty, injustice, and disenfranchisement. Being a Principal and Neubauer Fellow means it is our divine duty and mission to build equitable service systems that work consistently and reliably for the benefit of our children and families in Philadelphia.”

Richard M. Gordon IV has served as Principal of Paul Robeson High School since 2012, when the school was one of 30 economically disadvantaged, underperforming schools slated for permanent closure. Spared at the 11th hour, Paul Robeson High School was placed under the leadership of Principal Gordon, who guided the school, which has a 100% minority student population and a 100% school poverty rate, through a period of transformation, including the 2017 Most Improved High School in the City of Philadelphia.

Principal Gordon is credited with developing a model college and career readiness program, with an 95% annual graduation rate, significantly higher than the city average of 70%. In 2019, the Pennsylvania State Department of Education recognized Principal Gordon for Paul Robeson High School becoming a “High Progress” school, removing it from state’s list of academically lowest performing schools. Principal Gordon is recognized as the only and first ever State and National Principal of the Year in the 204-year history of the School District of Philadelphia, being named National Principal of the Year on three occasions: by the National Association of Secondary School Principals (NASSP) in 2021; by the National Alliance of Black School Educators in 2019; and by Education Dive Magazine (K-12) in 2017.

Richard has been an educator since 1996. Prior to becoming a principal, Richard served as teacher, special education teacher, truancy liaison, and assistant principal. He is a board member of the University of Pennsylvania’s Barbara and Edward Netter Center for Community Partnerships (Community Advisory Board). Richard grew up in Camden, NJ, and Philadelphia.