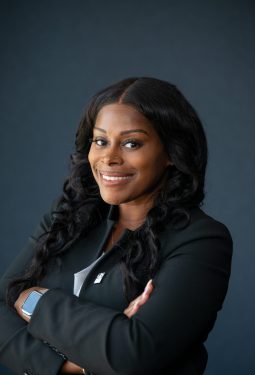 “I serve as a principal because every child, regardless of zip code or socioeconomic status, deserves a high-quality educational experience—one that is both academically rigorous and grounded in liberation. Our schools demand transformative leaders committed to building teacher capacity, developing student-centered systems, and producing sustainable results.”

While Shoshana has served as principal, Global Leadership Academy has received a $10,000 MTSS grant through Pennsylvania Training and Technical Assistance Network (PATTAN) to improve early literacy and received a $10,000 STEM grant to strengthen science and technology courses. Shoshana has also implemented cultural immersion programs at Global Leadership Academy that have students as passport-holding citizens traveling to other countries by 7th grade.

Shoshana has been an educator since 2007. Prior to becoming a principal, Shoshana served as an assistant principal, academy leader (K-2), literacy coordinator, and 4-6th grade teacher. Shoshana was a recipient of Global Leadership Academy’s Teacher of the Year in 2007 and was nominated for the Sue Lehmann Award for Excellence in Teaching in 2009. Shoshana grew up in Brooklyn, NY.