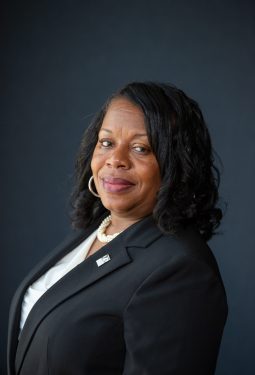 “I became a Neubauer Fellow because I recognize the need to build my skills as a new principal. The Neubauer Fellowship will provide me access to vital information as well as the ability to collaborate with colleagues from various sectors of education. I look forward to charging my administrative tool kit with ready-to-use resources. I also believe that I will be equipped with the ability to establish a high performing team of stakeholders that will in turn lead to a high performing school.”

Wendy has been an educator since 1986. Prior to becoming a principal, Wendy served as a small learning community coordinator, dean of students, PFT building representative, and assistant principal. Wendy has also served as a Title One coordinator, roster chairperson, grade chair, School Advisory Committee (SAC) Member, Century 21 Liaison, and school-based teacher leader and science fair chairperson. In 1995, Wendy was Nominated Teacher of the Year. Wendy grew up in Philadelphia, PA.