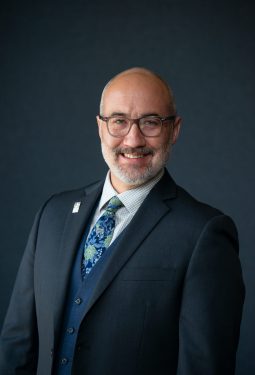 “I serve as a principal because I am passionate about working with my team to provide Philadelphia students equitable access to college and skilled careers. I became a Neubauer Fellow because I want to be what the Academy of School Leaders seeks to develop: A great leader FOR Philly students.”

David has served as the principal of Jules E. Mastbaum Area Vocational School since 2019. Under his leadership, Jules E. Mastbaum AVTS has seen four-year Keystone growth of 8.6% in Literature and 10.7% in Biology. Over the same four-year span, the percentage of students on-track-graduate has increased by 13% in 9th grade and 9.7% in 10th grade. Finally, serious incidents have decreased by 7.2% per 100 students, and the number of students with zero suspensions has improved by 7.8%.

David has been an educator since 2001. Prior to becoming a principal, David served as an Assistant Principal, English Department Chair, English teacher for grades 9-12, and advanced placement English Language teacher. David received the Lindback Award for Distinguished Teaching in 2008, as well as commendation from the Lieutenant Governor for Top Public School Teachers. In 2011, David received the Harry Gaffney Distinguished Teacher Award. David grew up in Philadelphia, PA and attended School District of Philadelphia schools.