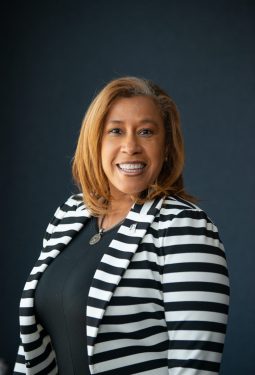 “I serve as Principal in the city of Philadelphia because as a native Philadelphian, I am committed to guiding the course of the lives of the city’s young people. Middle School years are important and impactful years, what students believe about themselves and their future takes shape during this time. I find it immensely rewarding to assist with helping them to become all they can be. In the spirit of the African word and the principle of “Ubuntu,” I am who I am professionally, because of those I lead; I am part of a community of students, faculty and staff. When I am successful we are all successful.”

Erica has served as the principal of Conwell Middle Magnet School since 2013. Under her leadership, Conwell Middle Magnet School has seen growth in academic gains and student attendance. Conwell has also developed strong community and alumni partnerships with Temple University, After School All Stars (ASAS), and Zaire Franklin Foundation’s “Shelice’s Angels.” During the 2019-2020 school year Councilwoman Sanchez and the Cocoa- Cola organization gave Conwell a $10,000 grant for Conwell Student Council members to update the school yard.

Erica has been an educator in the School District of Philadelphia since 1995. Prior to becoming a principal at Conwell Middle Magnet School, Erica served as principal at Grover Cleveland Elementary School. Under her leadership, Grover Cleveland received recognition for Adequate Year Progress (AYP). Prior to becoming a principal, Erica served as a middle school literacy and social studies teacher, an elementary school assistant principal, and a middle school assistant principal. Erica is the recipient of the 2019 Marcus Foster Award for Stellar Principals and a 2022 recipient of the Lindback Award for Distinguished Principals. Erica grew up in Philadelphia, PA.