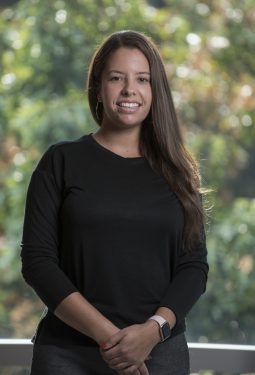 “I serve as a principal in Philadelphia because I am deeply committed to creating and sustaining equitable learning experiences for all students. Every child deserves a school that will open the doors to their future.”

Katharine began as Principal of Central High School in 2022. Prior to that, she served as the principal of Charles W. Henry School (2019-2022). Under her leadership at Charles W. Henry School, K-5 students meeting their minimum growth goal, as measured by aimswebPlus, increased 17.1% and students attending 95% or more days increased 8.0% in one year. Additionally, Charles W. Henry School was awarded the Public Citizens for Children and Youth (PCCY) School Award through 2022. Prior to serving at Henry, Katharine served at Warren G. Harding Middle School increasing the Overall School Progress Report (SPR) score by 15%.

Katharine has been an educator since 2009. Prior to becoming a principal, she served as a Co-Principal, Principal Fellow, assistant principal, 2nd and 4th grade teacher, and City Year Corps Member. Katharine grew up in Philadelphia and attended Central High School.