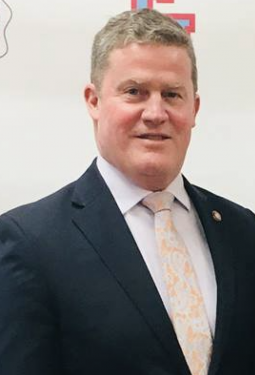 “I applied for the Neubauer Fellowship because I know that there is high likelihood that my colleagues in the cohort will be able to help me be a better principal for my students, faculty and community.”

Peter has been an educator since 1994.  Prior to becoming a principal, Peter served as a teacher, assistant principal, public school principal and an assistant superintendent.  Peter also served in the United States Marine Corps as an infantry officer and is a veteran of the Persian Gulf War.  Peter was named the 2010 Educator of the Year by his American Legion Post and he currently serves on the Philadelphia Catholic League Board of Directors.  Peter grew up all over the United States in a Marine Corps family but calls Mount Vernon, VA his hometown.