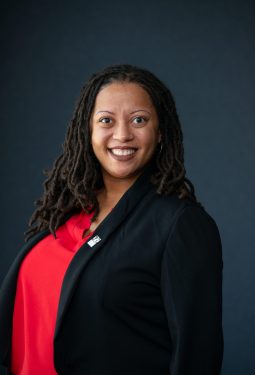 “I serve as a principal because I want all children, especially black and brown children, to know that their education is and should always be a priority. It is their education and innovation that will open doors of opportunity.”

Joi has been an educator since 2008. Prior to becoming a principal at Grover Washington, Joi was principal at Julia Ward Howe School from 2017-2018. Under her leadership, Howe was named Top Elementary School in the School District of Philadelphia during the 2017-2018 school year, student attendance increased, and the Home and School Association was established. Prior to becoming a principal, Joi served as a 6th-8th grade math teacher, special education liaison, teacher leader, academic coach, technology teacher leader, testing coordinator, and mentor teacher. Joi grew up in Hillside, NJ.