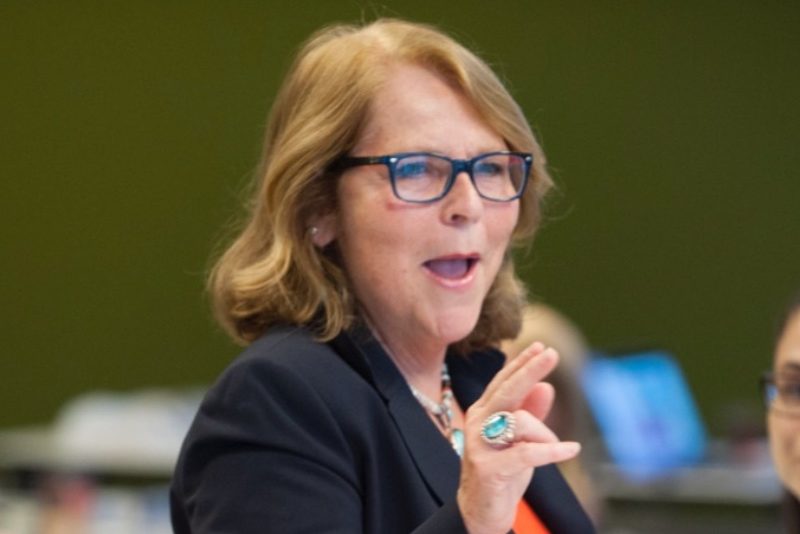 Students in the School District of Philadelphia continued the recent trend of positive progress in annual growth and achievement on the 2017-18 Pennsylvania Department of Education’s state-wide (PSSA) assessments. Students who attend schools led by Neubauer Fellows were particularly successful.  In fact, schools led by participants in the first three cohorts of the Neubauer Fellowship in Educational Leadership consistently and significantly outperformed and achieved higher gains across all school levels when compared to their district counterparts. In addition, elementary and middle schools with Neubauer Fellow principals demonstrated greater success with Black and Hispanic/Latino students.

“Principals in the Neubauer Fellowship lead transformational work every day for students across the city of Philadelphia,” says Philadelphia Academy of School Leaders Executive Director Tracy Breslin. “Neubauer Fellows represent every type of school – neighborhood, magnet, turnaround – and are proof that principals can be the catalyst for change. We are thrilled that schools led by Fellows are leading the way and showing that achievement and progress are possible for all students throughout our city.”

At the elementary and middle level, students in district schools led by Neubauer Fellows were 1.7 times more likely overall to score at or above grade level on the 2017-18 Math and English Language Arts (ELA) PSSA compared to other schools in the district. Schools with Neubauer Fellow principals also obtained gains that were more than twice as large as other elementary and middle schools in the district. See the below chart for more details. 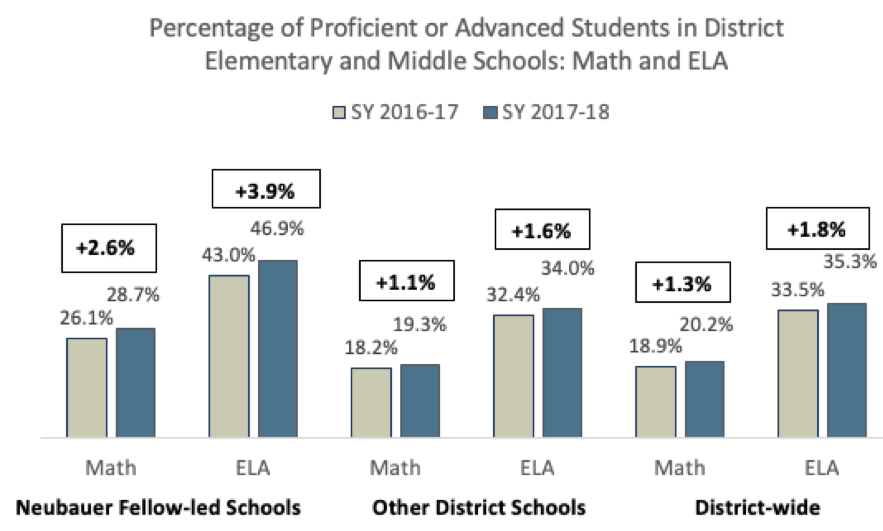 In addition to achieving greater overall growth, elementary and middle schools led by Neubauer Fellows also obtained larger gains with Black and Hispanic/Latino students (a 5.3% increase in ELA and a 2.3% increase in Math compared to 1.4% and 0.8% respectively).  “We focus on results from an educational equity perspective,” notes Breslin.  “Our Fellows work hard to close achievement gaps and pay particular attention to ensuring that each and every student, regardless of background, achieves at high levels.  These results demonstrate that this focus is paying off.” 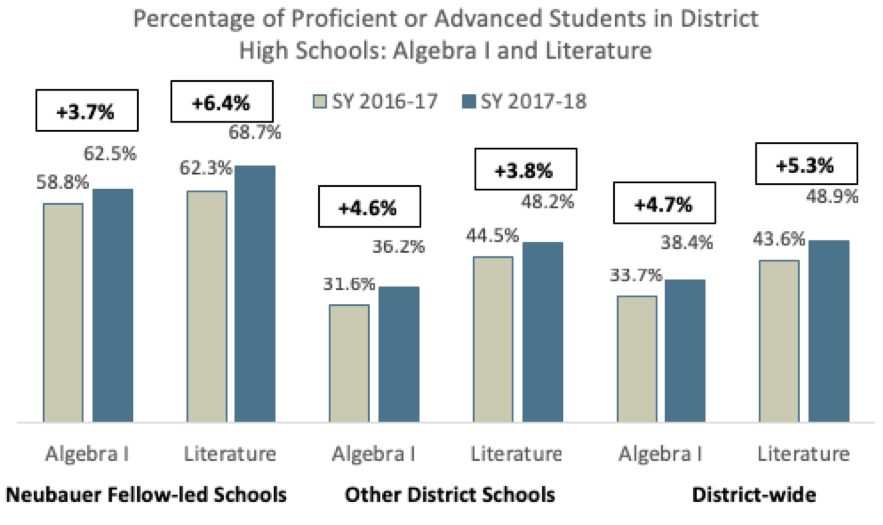 The Philadelphia Academy of Schools Leaders is thrilled to celebrate the successes of Neubauer Fellows alongside the successes of the entire district.  At the same time, Breslin emphasizes that “there is still a tremendous amount of work to ensure that all students are prepared for college, career, and life.  School Leaders is excited about the work ahead to prepare Neubauer Fellows to drive greater gains and continue to close achievement gaps across Philadelphia.”